Built in Software Defined Radios on a Toughbook CF-30

I've been playing with the RTLSDR radios and have been wanting to build them into a computer. My toughbook was perfect for this because it has tons of space inside for the various expansion bays that I'm not using. The media pocket (where the cd drive would go if you had one, I just use a usb cd drive on the rare occasion I need to use a cd), pcmcia, and expresscard slots are all next to each other and leave a lot of space for addons. I took the case off a small 4 port USB hub and installed it in the case with a RTLSDR dongle and a funcube dongle, although you could use two (or more) RTLSDRs if you wanted. I then cut the plug off the usb cable going into the hub and soldered it onto the pins for one of the usb plugs on the back. This means I lose one of the usb ports, if you wanted to be cleaner I'm sure there's an internally used usb port that you could tap into that goes to the docking connector. 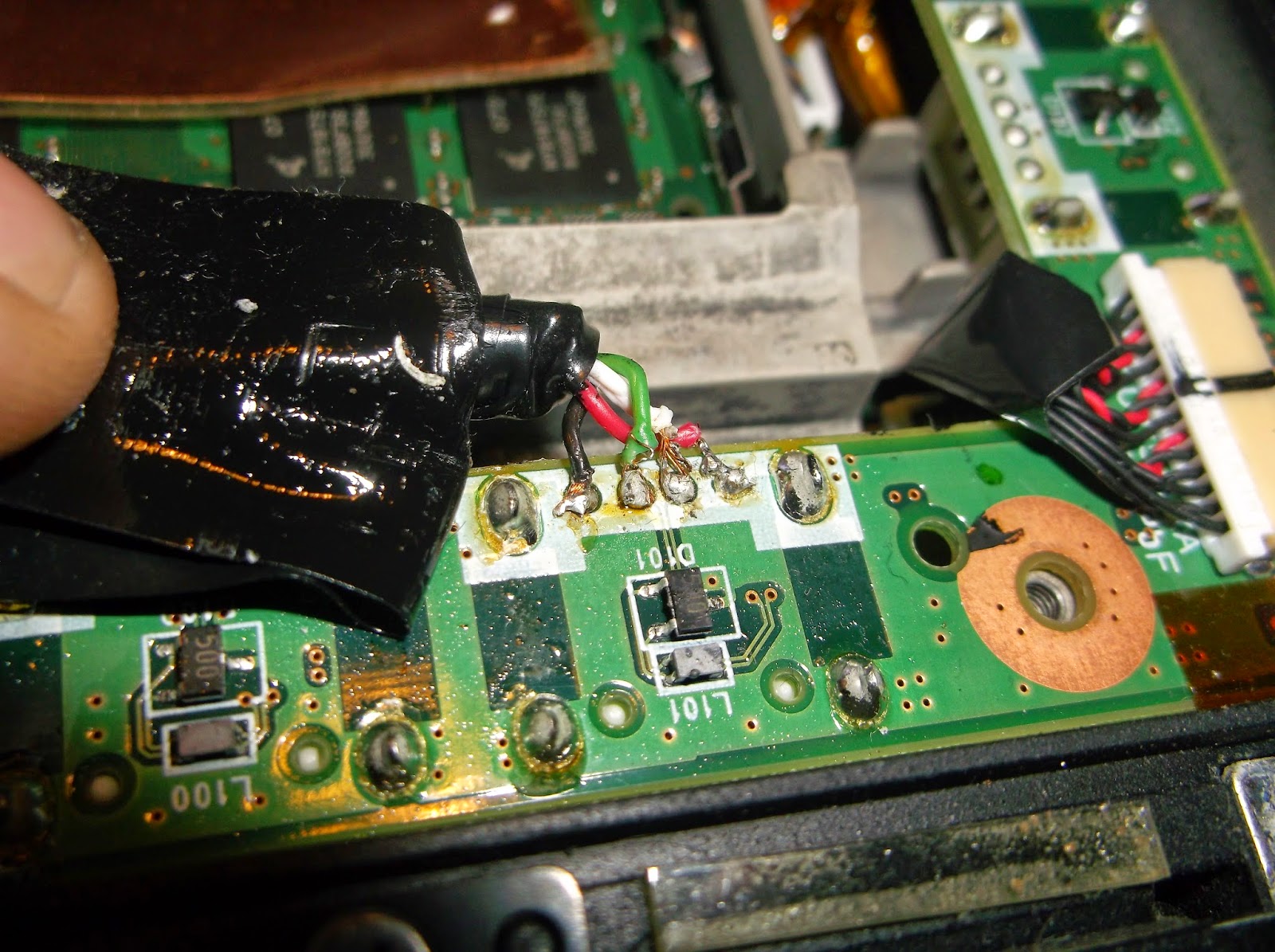 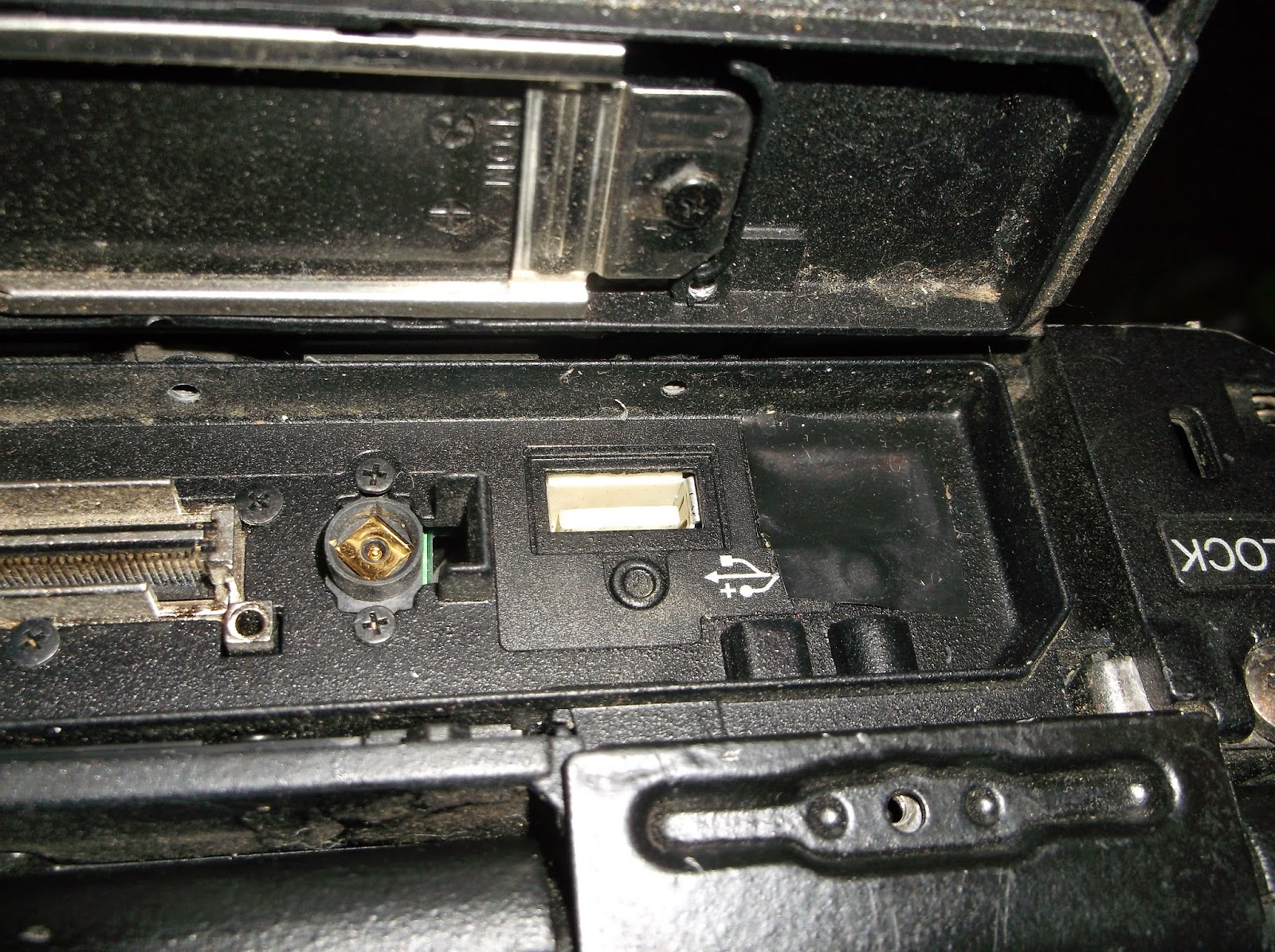 From the RTLSDR the antenna connector goes to a SMA connector mounted on the door. I used a flange mount SMA connector because I was having trouble with the more common type that just mount with a nut. 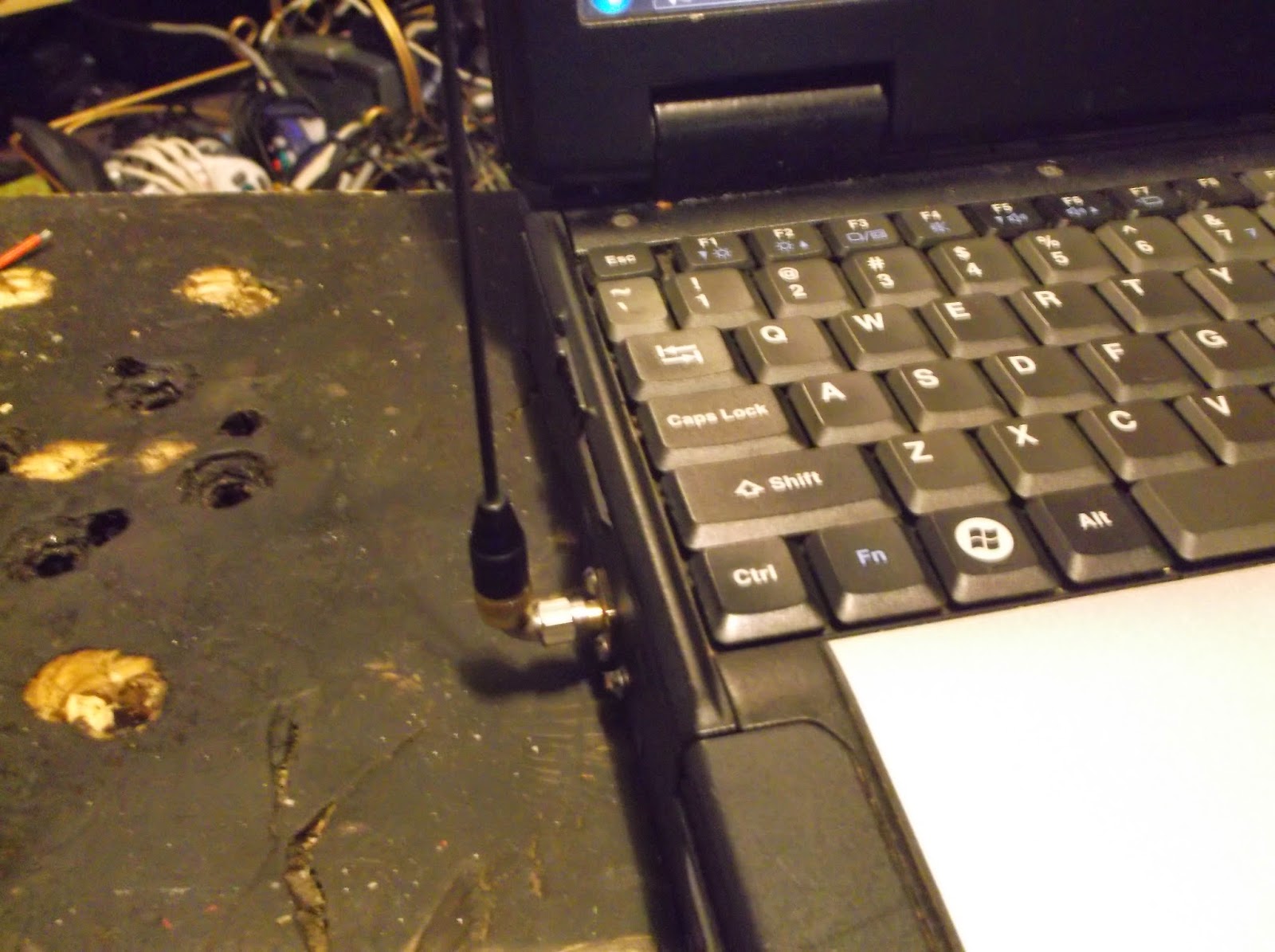 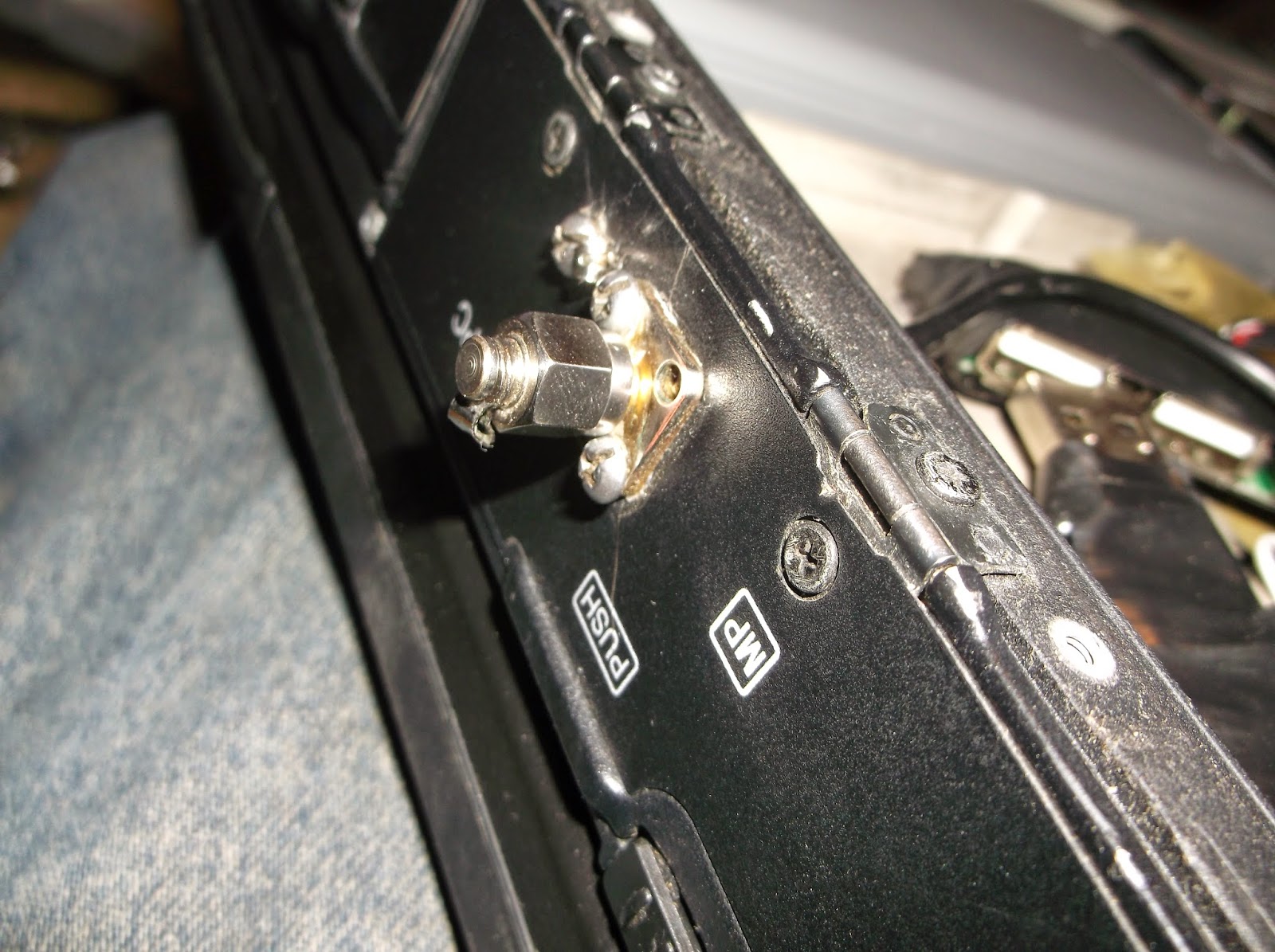 The Funbcube uses the built in pull out antenna that was originally hooked up to the cellular modem. It's tuned for cellular frequencies (something like 850-1900 mhz) which works pretty well for the control channel trunking frequencies which are in the 700-900 mhz range. It is a tiny antenna but it works great for the local police trunked system. I bought a SMA to U.FL connector so I could plug the antenna in with no modification. Also it hooks through the rear docking connector so if I got a dock I could have it connected to a larger external antenna. The funcube doesn't have much bandwidth (96khz instead of the 2 mhz on the RTLSDR) but is perfect for parking on one frequency while I use the RTLSDR to look for new signals. 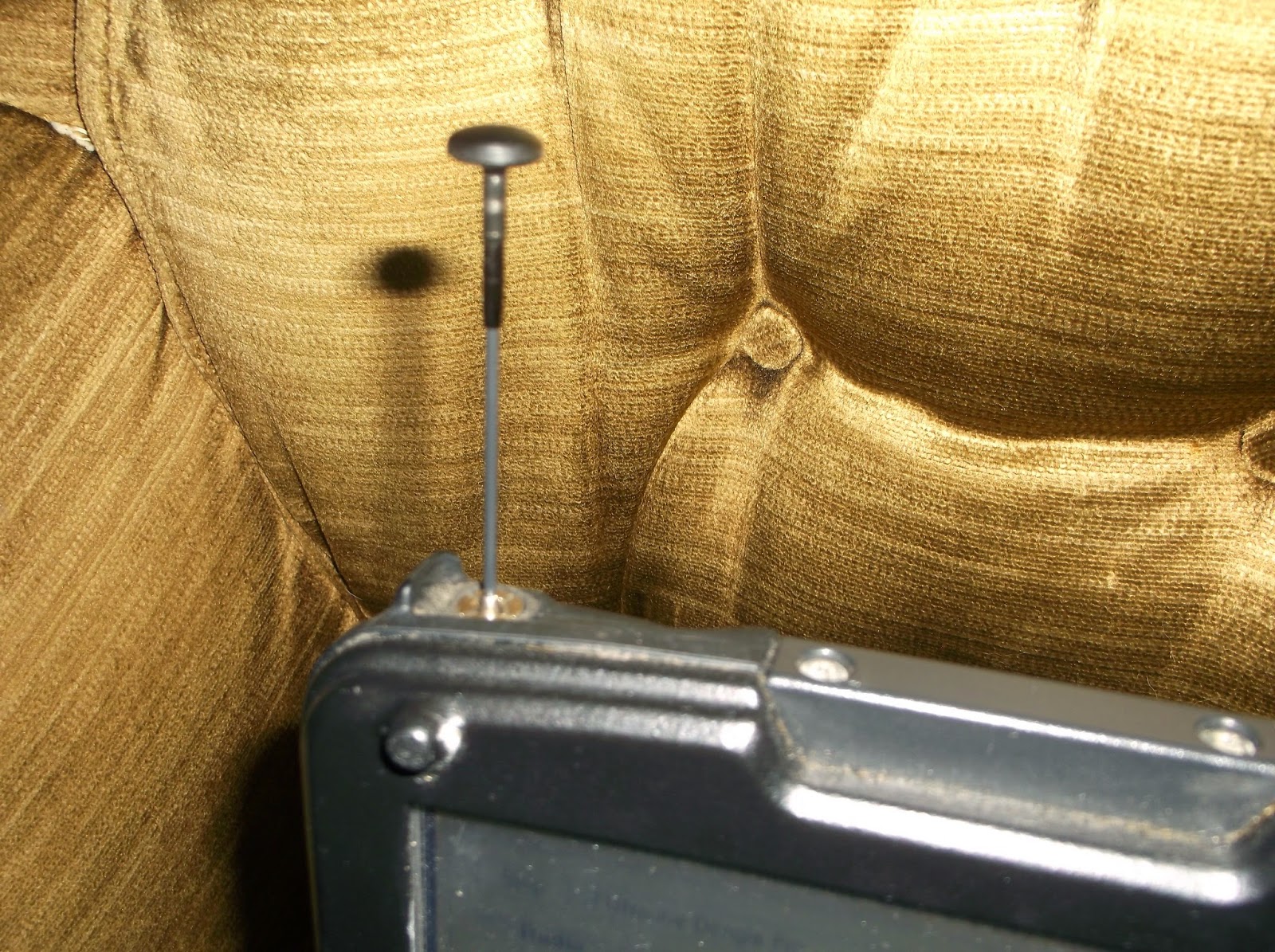 There are a few downsides to this, mainly putting them unshielded next to a computer motherboard exposes them to a lot of RF interference, I'm sure it's raising my noise floor significantly. If I was more concerned I'd look into covering them in metal foil and maybe adding some ferrite beads, but I've found the performance to be more than adequate for the strong signals I receive. Besides, if you really want to get the best performance you're much better off physically isolating the sdr in a separate metal box.